You are here: Home / Music / I Missed the 90’s Music Scene
This post may contain affiliate links, which cost you nothing, but do help to support this site's maintenance and fees.

I have always loved music. 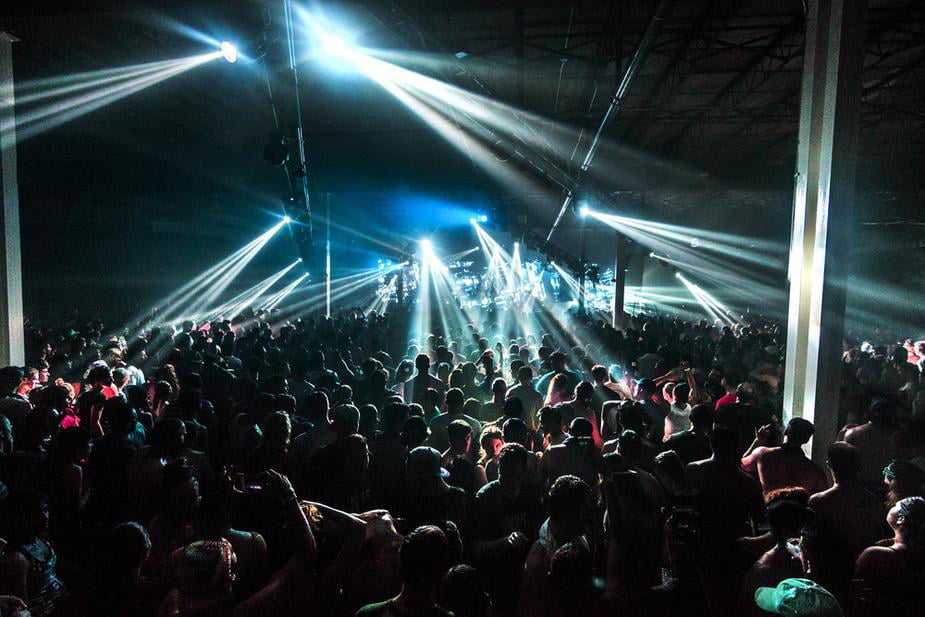 I was always ready to buy the latest album from one of my favorites, or drag my butt out of bed at the crack of dawn to stand in line at TicketMaster to get those prized stubs. In 1990, Robert Plant tickets sold out in less than 10 minutes, but my feet were in the grass at Shoreline Amphitheater for that one. Best. show. EVER.

My life changed in unbelievable ways in 1992.

, in 1991. The last big concert I attended was Ozzy Osbourne’s No More Tours tour at the Seattle Coliseum, in the spring of 1992. I had no way of knowing at the time that it would be my last tour–or last concert– for years.

I had a baby, and just four months later separated from my husband. I moved with my parents and baby girl from the wet side of Washington to the dry side, some 280 miles away. Just a few months after that, my Mom was diagnosed with cancer.

Overall, 1992 was a year of changes and quite a bit of turmoil. The only real positive thing that happened for me that year was that I met my current husband, although at the time he was also having a year of tribulation. We commiserated well.

When I met the Regular Guy, he introduced me to CDs. I thought they were a fad. I had an extensive vinyl and cassette tape collection of around 300 vinyl albums and several cases of cassettes of everything from The Moody Blues and Metallica, to soundboard and audience tapes of Dead shows, and even a bootleg vinyl Van Halen album.

Changes happen to be sure, radical ones. We pick up new ideas and values that we didn’t have before. Things I had never considered about my taste in music suddenly became this huge burden.

I started thinking everything that wasn’t overtly Christian was demonic. Everything from my life before Christ seemed tainted.

But it wasn’t. Not really. But the friends I had made at church said otherwise.

Their disdain for my past life was enough to make me push ME away. Hidden down, where no one could see me or judge me. I put blinders on, shut my ears to the radio and everything popular in the media, and went into a very closely guarded cruise control.

I was aware of some of it. Nirvana, SoundGarden and Pearl Jam were often heard coming through the speakers when E was home, but I contented myself with Christian rock bands and worship music.

I taught my kids that all secular music was bad. I wouldn’t allow them to listen to most of it. There were a few that snuck through, but generally I only encouraged Christian artists and only listened to the same, save for one: I kept a few of those old Dead show tapes in my van and I would listen to them when the kids weren’t with me.

Yes, I listened to the Grateful Dead totally on the downlow.

These thoughts have come from a crisis of faith, so to speak, and an awakening to myself and everything I have missed over the course of 25 years. It’s a lot to process. I’m still working on it.

The music I used to love, I still enjoy.

It just took me awhile to allow myself to come back to being ME. Music is still a huge draw for me. I am still a concert junkie. I still get online early (not more standing in line at 6am! Hooray for technology!) and hover with my finger over the BUY NOW key, to get those concert tickets as soon as they go on sale.

And I went to a Def Leppard concert recently.

Def Leppard, Styx, and Tesla, to be precise. It probably doesn’t sound like such a profound thing to you as it does to me.  I completely missed the 90’s, as well as most of the first 10 years of the 2000’s, but I wasn’t going to miss this visit to the music of my teens!

And let me tell you, Def Leppard and Styx put on an awesome show!!!

Side note: I was actually really looking forward to seeing Tesla at this concert, but they were a huge disappointment. They just sounded old and tired. Bummer there but the rest of it was amazing!

Have you ever lost your balance, and if so how did you get it back?

New here or it’s been a while since you’ve been here? Yes, things have changed. I’ve changed. If you’re new and you relate, I’d love it if you’d pop your email address in the form below so you will receive new posts as soon as I publish them! I am currently walking through deconstruction and deconversion from Evangelical Christianity, and it is touching every area of my life. If you’re looking for support in your own deconstruction, I found the #exvangelical hashtag online to be the first lifeline and step in the right direction. You can also just read my posts on about my Faith Deconstruction.